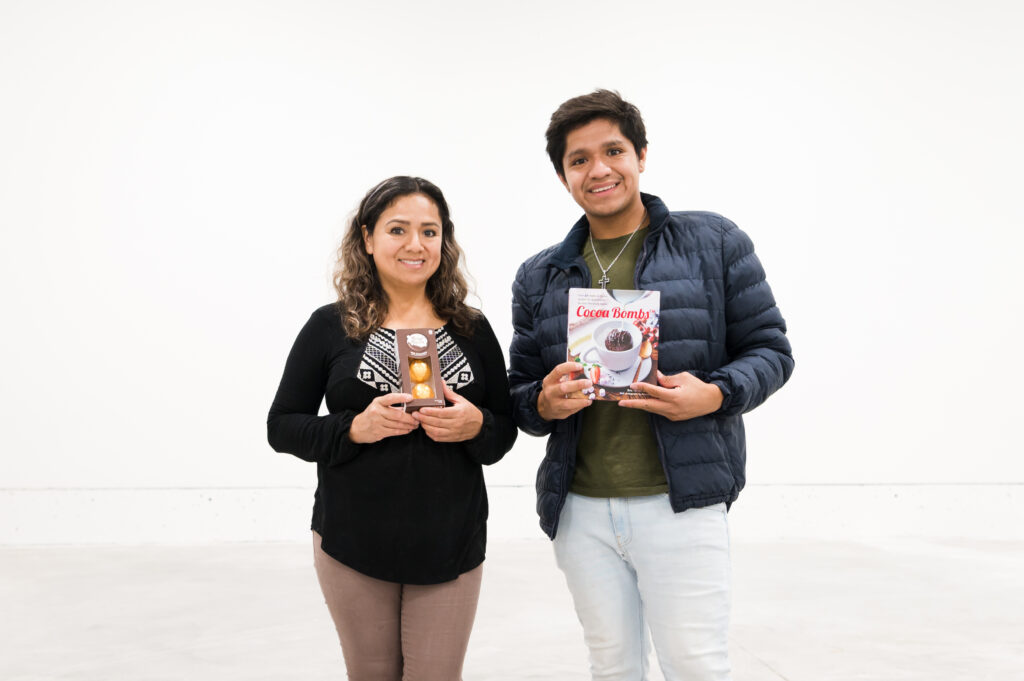 Eric Torres-Garcia experienced new types of candy and chocolate when he studied in Italy as a Boise State Undergraduate seeking a degree in International Business. The concept of Kinder Eggs stuck in his mind; globes of chocolate that contain small plastic toys or figurines.  Eric had the idea to fill chocolate shells with marshmallows and other treats that explode and melt into instant hot chocolate when drowned in hot milk. This inspiration led to the creation of Eric’s Original Cocoa Bombs™ in 2019.

Eric posted a video of his first Cocoa Bomb on TikTok, where his invention exploded in popularity. A day after the launch of his chocolatey invention, Eric posted a “sold-out” sign and tried to figure out how he would fulfill $6,000 worth of orders for a product he created just hours earlier. Production operations began in Eric’s kitchen and eventually migrated to a shared-use commercial kitchen in his hometown of Blackfoot, Idaho, where family members could help with all facets of production, packaging, and shipping.

As the demand for Cocoa Bombs boomed, Eric reached out to Dr. Kent Neupert, Chair of the Management Department at the Boise State College of Business and Economics, who helped him address a myriad of startup issues. Dr. Neupert also referred Eric to TechHelp, a member of the MEP National Network™ for manufacturing assistance.

Continued growth forced Eric to look beyond the shared use kitchen in Blackfoot and led him to design and build a manufacturing facility in Blackfoot in the fall of 2021.

Thanks to his business education at Boise State, Eric had the knowledge, energy, and expertise to address many challenges related to starting a new business. However, Eric knew he would need a team to help with all aspects of creating a business, including marketing, website design, production issues, factory design, food safety, packaging, supply chain, and more.

Listed below are some of the players in the Cocoa Bombs story.

The Rest of the Story

"TechHelp (part of the studio\Blu family) has been a vital part of our company’s growth since the beginning. We have been working with the team on and off for about 2 years now. Each time we approach them with a new task, the experience of confronting and overcoming new challenges together is nothing short of impressive. Throughout the years, they have served as our external solutions department when the going got tough. If it was not for their prompt action on working with Vessel, we would have not been able to sell products last year. Likewise, without the direct help of Food Specialist Dr. Janna Hamlett, we would not have known how to start the process of becoming an SQF certified facility, a certificate that is highly sought after by food manufacturers validating the safe processing and manufacturing of food products. Needless to say, our friends at TechHelp have played a major role in our company’s continued success." 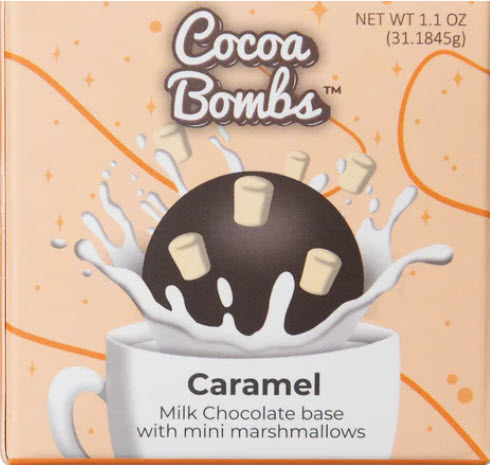